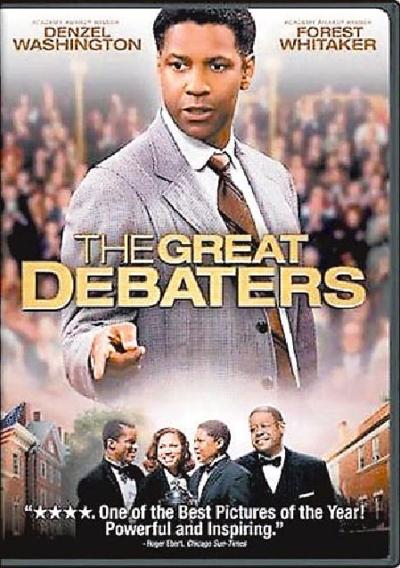 Melvin Tolson isn’t a household name, but most everyone is familiar with Denzel Washington.

In 2007, Denzel Washington directed and starred in a movie called The Great Debaters, which tells the story of one-time Independence resident Melvin Tolson.

Based on a true story, The Great Debaters revolves around Tolson’s efforts to place the debate team at Wiley College (a historically black college in Marshall, Texas) on equal footing with whites during the 1930s, when Jim Crow laws were common and lynch mobs were a fear for blacks.

As the team’s head coach, Tolson led Wiley College to a win over the reigning national debate champion, the University of Southern California, depicted as Harvard University in The Great Debaters, in 1935.

After attending Lincoln High School in Kansas City, Melvin graduated in 1924 from Lincoln University in Oxford, Pennsylvania. Soon after, Wiley College in Marshall, Texas — where The Great Debaters is set — offered him a position teaching English and speech.

Explore the area where Melvin Tolson lived in Independence.

Moving on to Greater Things

As a teacher at Wiley, Tolson organized a debate team and a theater company, which came to be known as the Log Cabin Players.

His debate team faced off against the University of Michigan Law School in 1930 and defeated them, marking the first time that a black debate team had defeated a white debate team.

In 1935, Tolson’s debate team, which included James Farmer, who would go on to be a noted civil rights leader in the 1960s, defeated the University of Southern California debate team, which was that year’s national debate champion.

The Great Debaters recounts the adventures of that 1935 debate team.

In 1953, Tolson published “Libretto for the Republic of Liberia,” which critics compared to the work of T. S. Eliot.

He died in August of 1966 in Dallas, Texas, and was laid to rest in Guthrie, Oklahoma.

This post was adapted from the African-American Historic Sites of Independence Walking Tour. This walking tour highlights the many contributions by African Americans to the history of Independence. The tour covers a total of 16 sites.

Go to the full tour 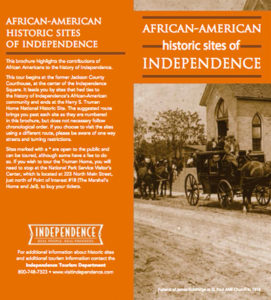