The Renewed Legacy of President Truman

Discover the exciting updates at the Harry S. Truman Presidential Library and Museum

Following a $30 million renovation—the largest in its history—the Harry S. Truman Presidential Library and Museum offers reimagined exhibits for repeat and new visitors alike. And whether or not you’ve toured our city before, you must stop in to explore the renewed legacy of former President Truman, the Man from Independence.

Closed for renovations from July 2019 through July 2021, the Truman Library received a full remodel to share the story of Truman’s life and presidency like never before. It’s one of the most compelling and important stories in American history, now retold and geared for a 21st-century audience.

Technology has changed in the 20 years since the museum’s last permanent exhibit was installed, and so has the academic understanding of Truman. As much as he was president, Truman was also a farm boy, a World War I veteran, a husband, and a father. But how did this seemingly everyday man from Independence rise to have such a lasting impact on the world? That’s the question for visitors to consider.

The new exhibition will take a more chronological approach to Truman’s life. Whereas the previous display began at what is arguably the climax of Truman’s story—his unexpected ascension to the presidency, the end of the war in Europe, and the introduction of the atomic age—the new exhibit builds anticipation toward those events.

“Now, you get the opportunity to understand Truman’s background, where he came from, what he valued, and how that influenced the decisions that he made leading up to the presidency and afterward.”

“You were separating the man, almost, from the presidency,” Cassie Pikarsky, with the nonprofit Truman Library Institute, said of the previous exhibit. “Now, you get the opportunity to understand Truman’s background, where he came from, what he valued, and how that influenced the decisions that he made leading up to the presidency and afterward.”

Pikarsky also promises a more hands-on and immersive museum experience than before.

Or take the famous Thomas Hart Benton mural, Independence and the Opening of the West, inside the museum. This mural has been a part of the Truman Library since it opened in 1957. Now, it includes an interactive exhibit to further explain the mural and its origin and development.

“From kids to adults, there’s something for everyone to experience and understand that history better,” Pikarsky said.

Interestingly, as we get further away from the Truman era, his story remains a relevant part of American history despite how much our world has changed. Characterized by his decisiveness and humility, Truman is a prime example of good leadership.

Including fundraising efforts, the renovation of the Truman Library has taken several years to complete. Still, the guiding principles of the museum remain the same as they did when Truman opened the library in 1957.

“At the core of everything we do is that desire for civic literacy and to make sure visitors understand the decisions that are made, how they’re made, and how [a citizen] can be an active participant in our democracy,” Pikarsky said.

The Truman Library is right down the street from the neighborhood that Truman called home for most of his life. Here are four other ways to discover Truman while you’re here.

From 1945 to 1953, 219 N. Delaware St. in Independence, Missouri, was the second most famous address in America—after 1600 Pennsylvania Ave., Truman’s other residence. Take a guided tour of the Truman Home for an in-depth view of the 33rd president of the United States. The Truman Home remains as it was left to the American people by First Lady Bess Wallace Truman.

Secure your tour tickets at the National Park Service Visitor Center at 223 N. Main St. The home is closed on Mondays from November 1 to Memorial Day. 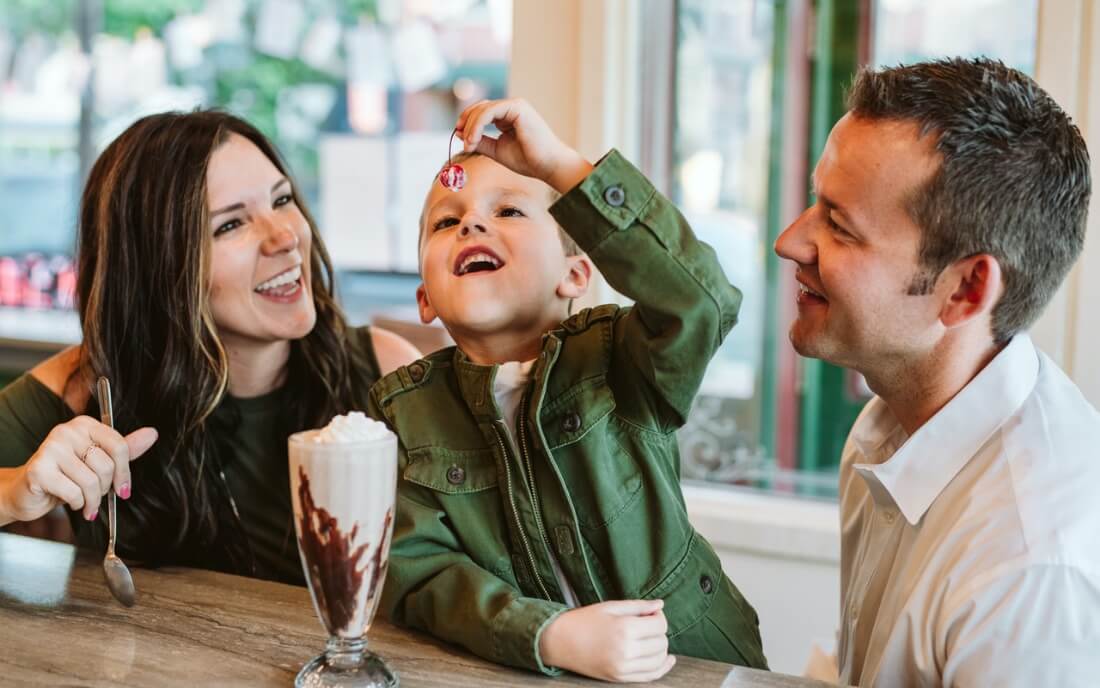 Yes, even the future president of the United States held a day job. In fact, Truman’s first job was at Clinton’s Drug Store, the home of Clinton’s Soda Fountain since 1988, on the Historic Independence Square. 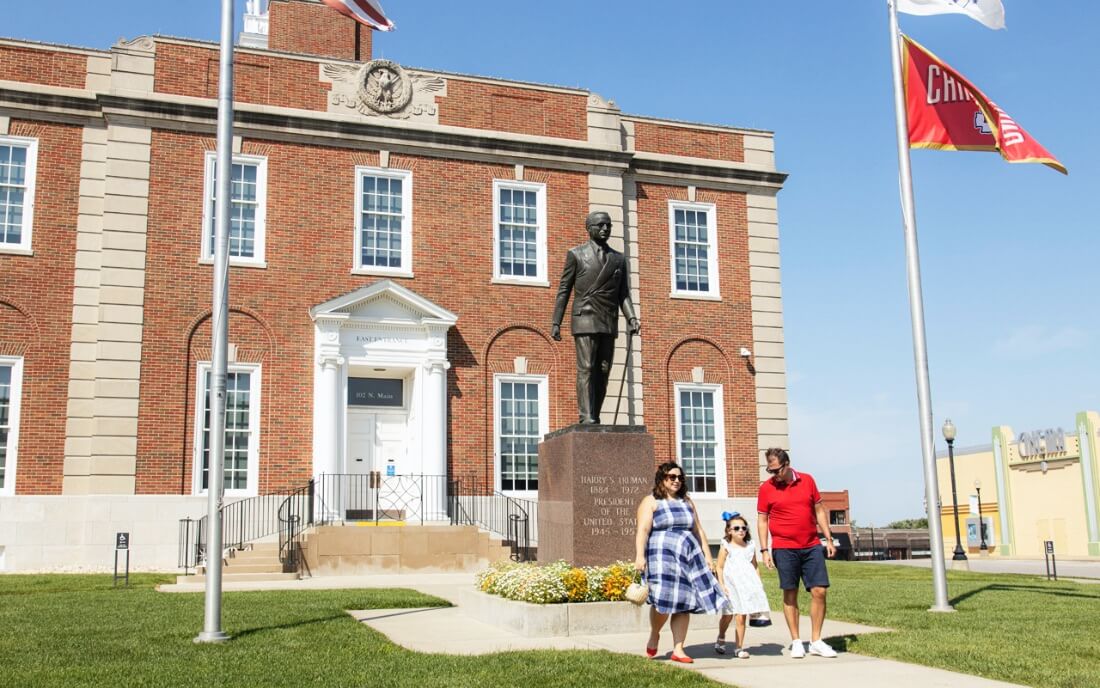 Explore and tour the Historic Truman Courthouse, where Truman got his start in politics as a presiding judge for Jackson County. Snap a picture with the statue of Truman on the east lawn.

On the National Register of Historic Places, the Truman Depot—officially known as the Missouri Pacific Depot—served as the final stop in Truman’s 1948 Whistlestop Campaign. Today, the depot serves as an Amtrak train station and is open year-round. 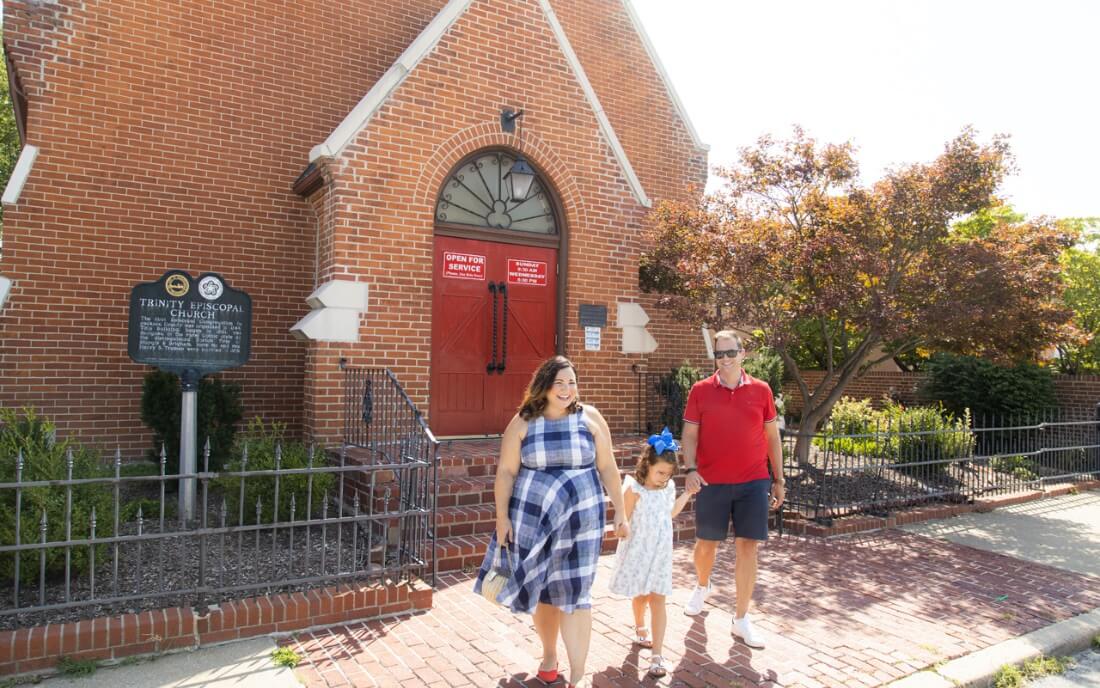 To honor Truman’s enduring love of walking and history, the City of Independence has created the Truman Historic Walking Trail. Check out the map showing all 43 stops, including the sites listed above as well as the Truman Memorial Building, First Presbyterian Church, Trinity Episcopal Church, the gingko tree that Truman regularly walked past, and, of course, the Truman Library.

Learn more about the legacy of former President Truman