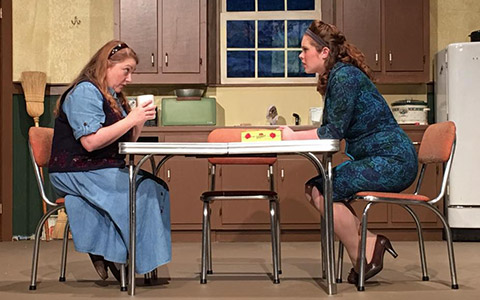 The Powerhouse Theater at Roger T. Sermon Community Center is home to one of the best community theaters in the metro, City Theater of Independence. The Sermon Center is also host to Encore Senior Theatre, and a Children’s Performing Theater. Plan to attend one of the many performances throughout the year!
The 2018 schedule includes the following productions:

‘The Kitchen Witches’ by Caroline Smith, directed by Michael Masterson; produced by permission from Samuel French, Inc.; May 31 – June 10