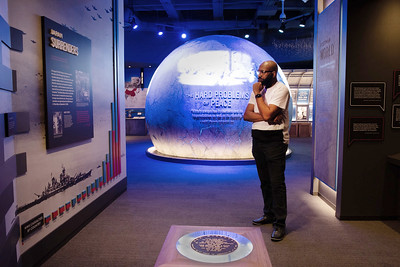 Built on a hill overlooking the Kansas City skyline, on land donated by the City of Independence, the Truman Library was dedicated July 6, 1957. Truman actively participated in the day-to-day operation of the Library, personally training museum docents and conducting impromptu “press conferences” for visiting school students. He frequently arrived before the staff and would often answer the phone to give directions and answer questions, telling surprised callers that he was the “man himself.”

Between 2019 and 2021, the museum underwent a full $29 million renovation, its first major renovation in more than 20 years and the largest in its history.

Visitors can expect a cinematic experience of some of the most dramatic chapters of world history. Museum highlights include: