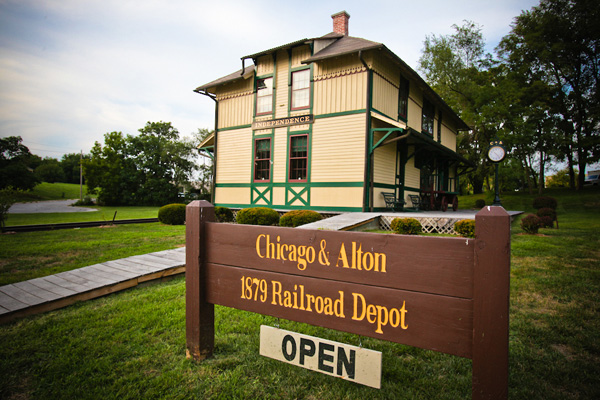 The Depot was built in 1879. It was moved to its current location and restored during the decade from 1992 to 2002. The two-story depot contains three rooms on the first floor which are the waiting room, stationmaster’s room, and baggage room. On the second floor, four rooms, which were formerly the stationmaster’s residence, are the kitchen, dining room, bedroom, and the parlor. Each of these rooms is furnished in the period circa 1879. A separate display room contains C & A artifacts.