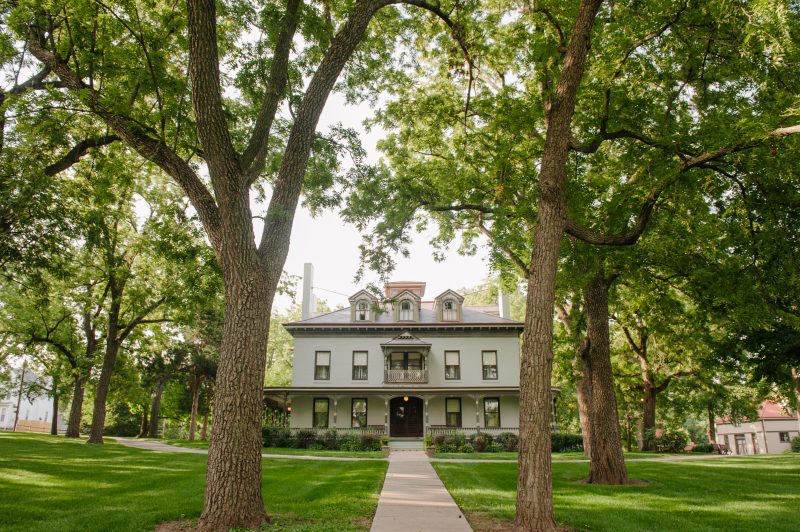 The Bingham-Waggoner Estate is recognized today as one of the most significant historical sites in western Missouri because of its role in the history of the area and the people that lived there. Plotted in 1827 on that super highway west called the Santa Fe Trail, the Estate played an important part in our region’s history. Of the many colorful owners, characters and residents of this now legendary home, the most famous is the artist and politician George Caleb Bingham. Bingham had some very strong feelings about the Civil War — particularly the war as it played along the western border. He soon became an active opponent of the military government and the infamous Order No. 11. The execution of this merciless act by government troops caused chaos and death. While residing at the Estate he painted one of his most famous works, “Order No. 11”. In 1879, the Waggoner family — well-known millers of flour — purchased the Estate. They became nationally known for their “Queen of the Pantry Flour,” considered the very best in baking and cake flours. George Gates, grandfather of Bess Truman, became a partner in the mill and the name became the Waggoner-Gates Milling Company. Three generations of the Waggoner family occupied the home for almost 100 years. In 1979, a group of private citizens, in cooperation with the City of Independence, purchased the home including the 19.5 acres for a museum and park. The Bingham-Waggoner Estate stands today as a tribute to the hundreds of thousands of searching souls who passed by and laid their hands to the task of settling the land and building a nation. Beginning in our Carriage House/Gift Shop, let our Tour Guides take you into the 1800s where history and romance come to life among the original furniture, paintings and decor. Large meeting/luncheon room available for 10-50 people. The Estate is also available to rent for most any private event.