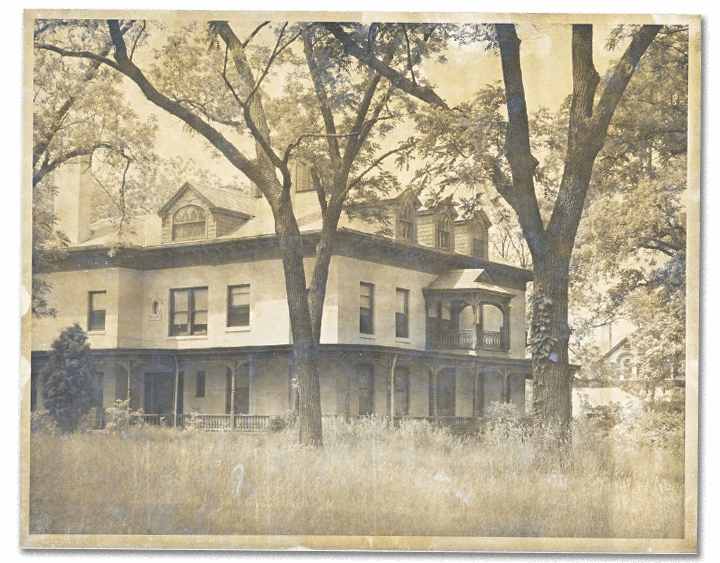 With a storied history that dates back to before pioneers began their westward journey, Independence abounds with noteworthy sights that beckon visitors to follow in the footsteps of those who built and bettered our city. Our collection of historic homes offer this opportunity, welcoming you to walk through the same hallways and rooms where history was made. 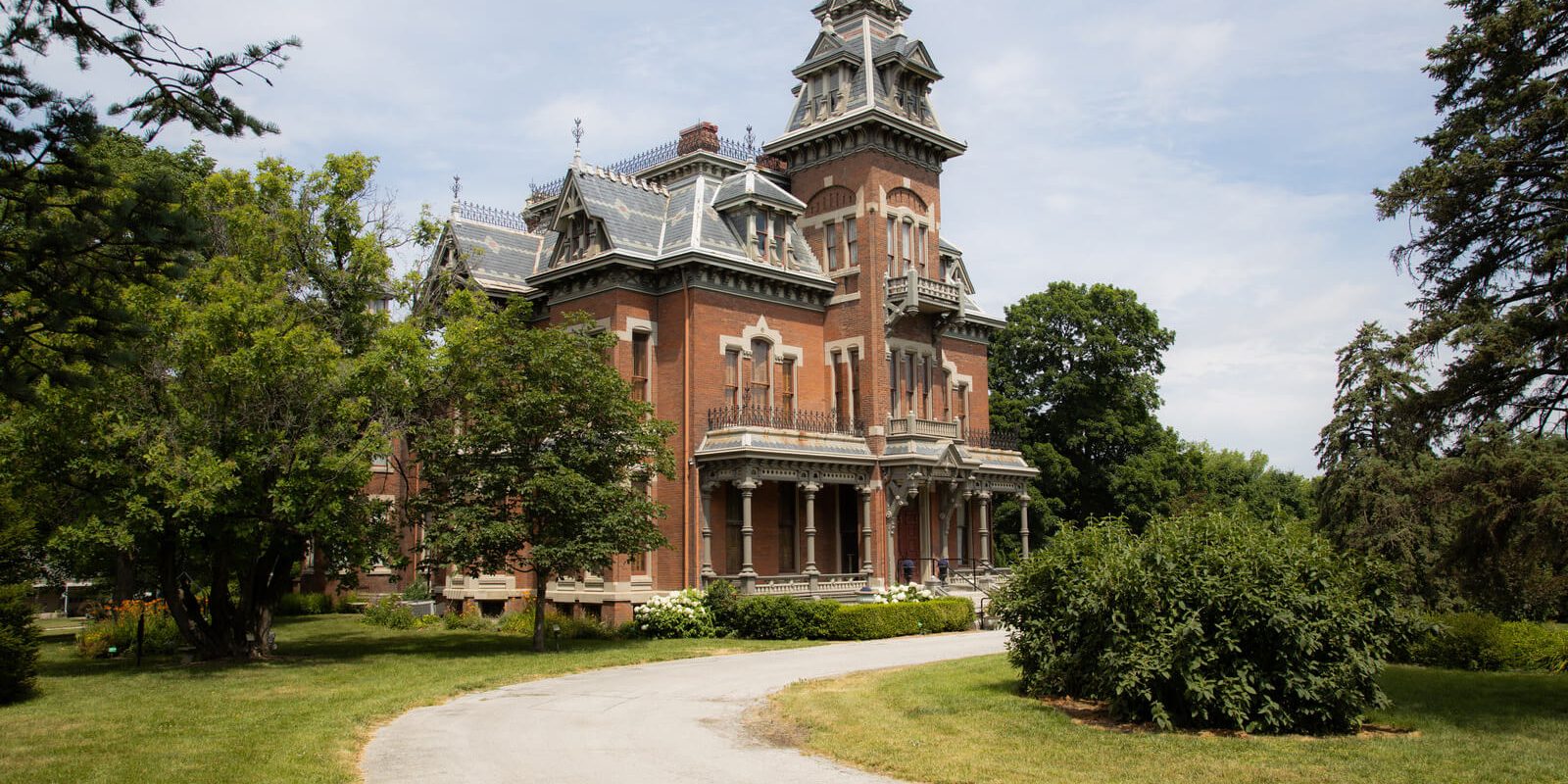 Harvey and Sophia Vaile built their dream home in 1881. Two years later, while Harvey was on trial for mail fraud, Sophia died in her bedroom. While some say it was an accidental morphine overdose, the coroner determined it was suicide. She left a sealed letter addressed to Harvey in the dresser, which he read and never shared with the public.

Following Harvey’s death from stroke complications in the mid-1890s, the house went on to serve as a spring water bottling facility, a sanatorium, and a nursing home until the owners donated the property to the City of Independence in 1983.

The Vaile Mansion hosts events including the annual Strawberry Festival, with entertainment and vendors sprinkled throughout the grounds. In winter, don’t miss the Vaile Mansion Christmas tour, featuring lavish holiday decorations and dozens of Christmas trees. 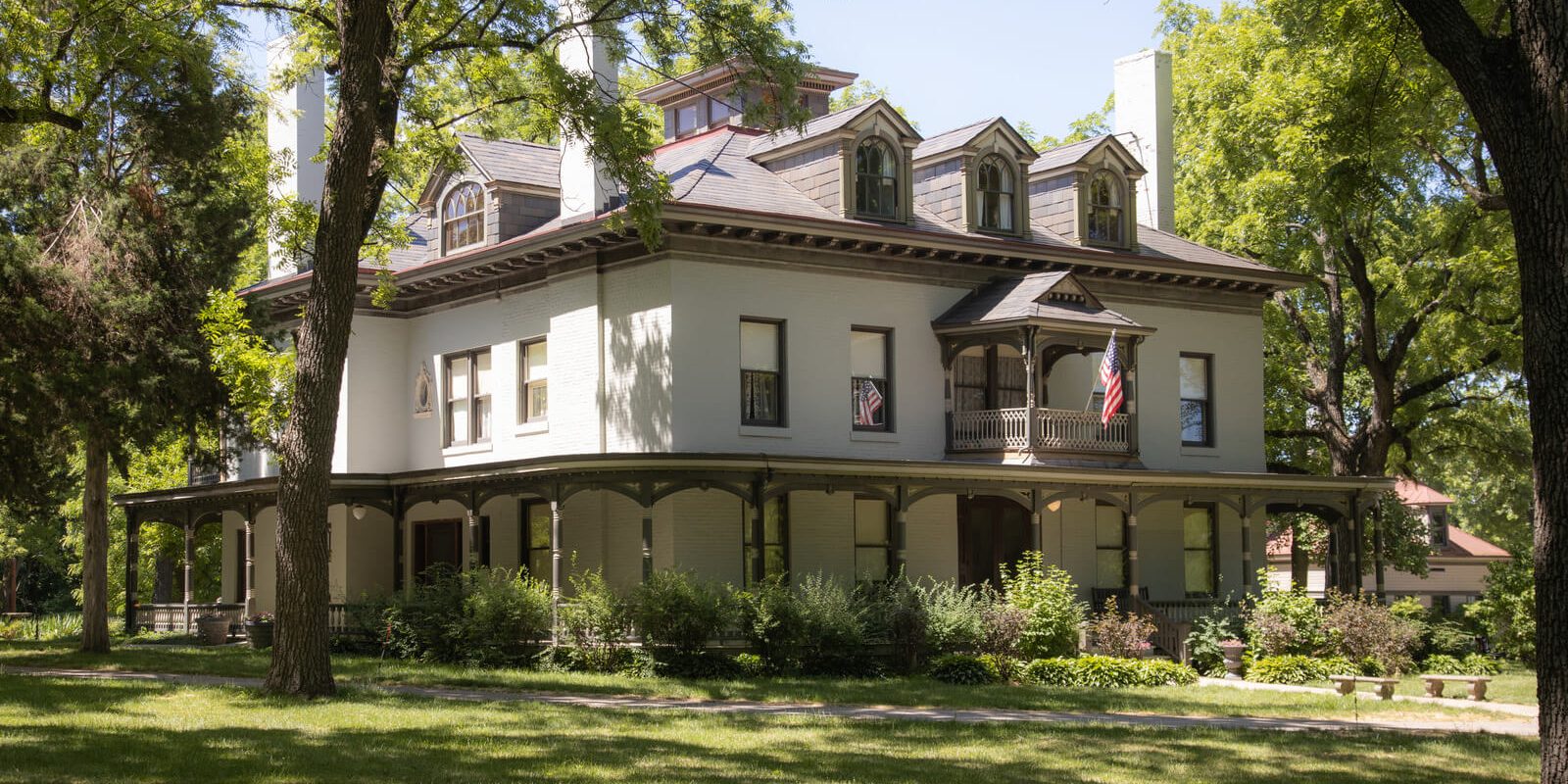 Located on the iconic Santa Fe Trail, the Bingham-Waggoner Estate has been a mainstay in Independence since 1827. A stunning illustration of 19th-century architecture, the Estate once housed Civil War artist and local politician George Caleb Bingham. In 1879, the Waggoner family, proprietors of a nearby flour mill, moved into the home and descendants lived there until 1978. A year later, passionate locals assisted the City of Independence in efforts to preserve the 19.5-acre estate and reimagine it into a museum and park.

On a tour of the beautifully restored property, visitors can peruse original furnishings and reproductions of Bingham’s artwork. On the grounds, look for the deep swales left by the countless wagons that rolled by the estate when it served as the starting point for trails that led west. 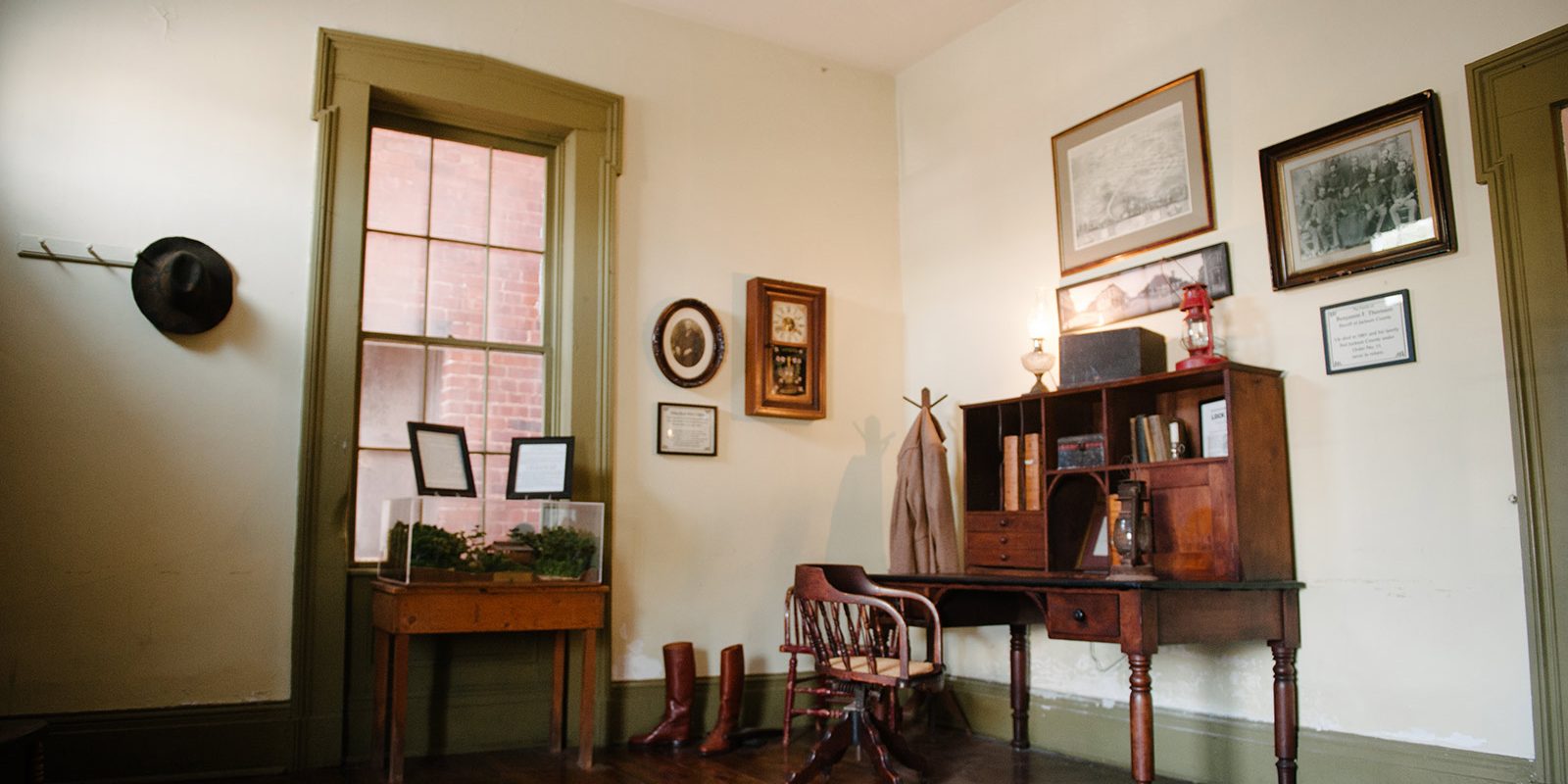 Military and civilian inmates were locked up just a hallway away from the marshal’s family at the Jackson County Jail. The 1859 Jail, Marshal’s Home & Museum preserves 12 limestone cells that were decommissioned in 1933. In front of the property, the home consists of several sitting rooms and bedrooms where the marshal, marshal’s wife, and their children resided. Behind the home in the same structure, the jail housed notable criminals such as Confederate leader William Clark Quantrill and outlaw Frank James, Jesse James’ older brother. The cells were designed to hold three inmates each, but during the Civil War, as many as 20 prisoners had to share a single cell.

The Jackson County Historical Society has operated the jail as a museum on Historic Independence Square for more than 60 years. Take a tour of the 1859 Jail, Marshal’s Home & Museum to walk through the cell block, museum exhibits, and the marshal’s former family home, which is decorated with period furnishings and portraits. 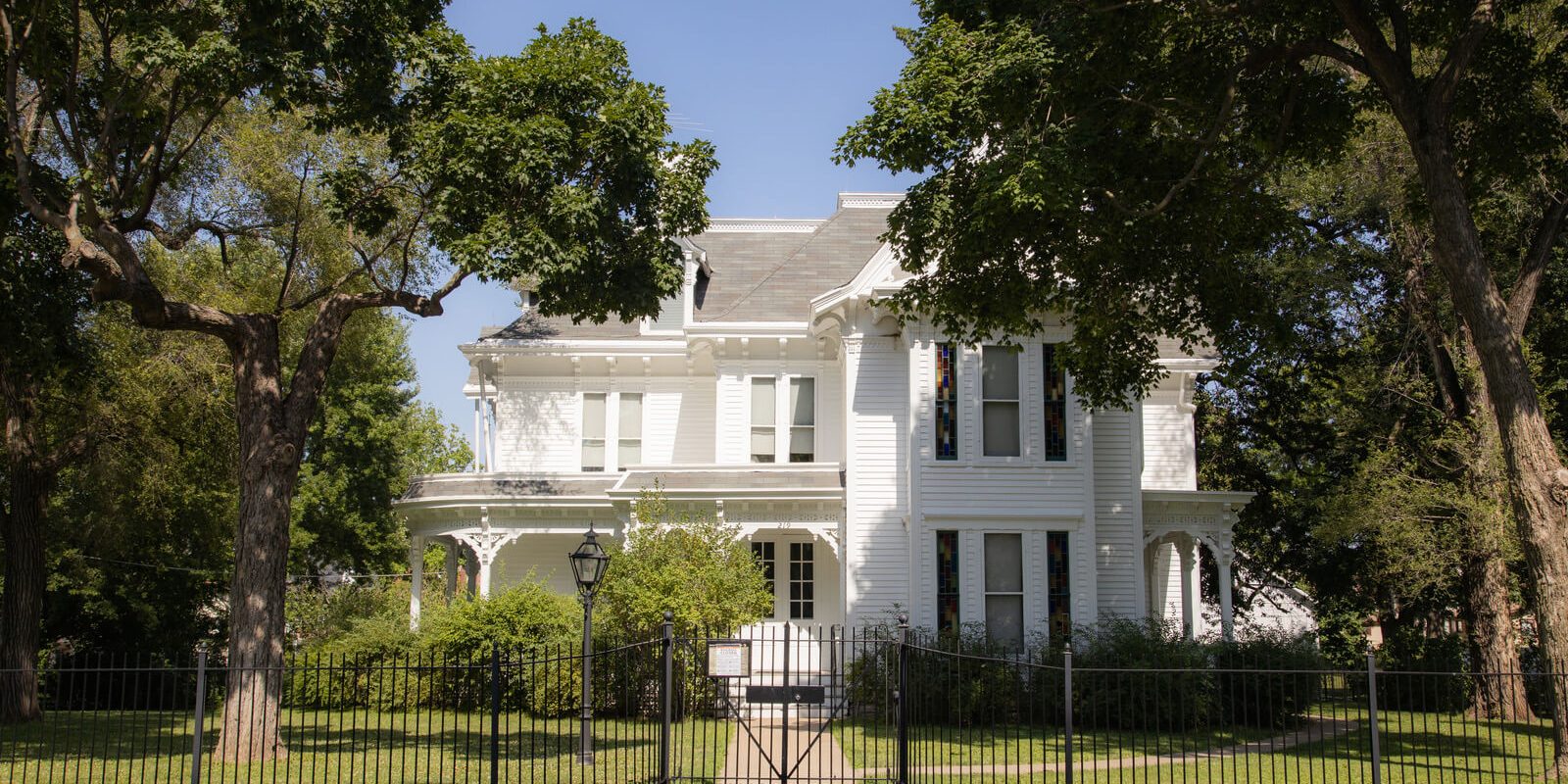 Former President Harry S. Truman grew up in Independence and spent most of his life here. He even worked his first job at Clinton’s Drug Store right on the Independence Square, where Clinton’s Soda Fountain now stands. Today, visitors can tour significant places in Truman’s life through the Truman Historic Walking Trail. One of these sights is the preserved Harry S. Truman Home, where the 33rd president of the United States lived with his wife, Bess, from when they married in 1919 until his death in 1972. During Truman’s presidency, the home played the role of their “Summer White House.”

With more than a dozen rooms over two stories, the Truman Home is a local icon with classic Victorian charm. The home remains as it was left to the City of Independence by Bess, giving visitors an inside look at the Trumans’ lifestyle.

Head to the Truman Home Visitor Center for tickets, which are given out on a first-come, first-served basis on the day of the tour.

Please note that social distancing protocols and a mask mandate remain in effect in Jackson County. Check the websites of our historic sites for up-to-date information and current hours.