Meet the spooky spirits at the VaileMansion & other haunted places inIndependence, MO

Death is the final act, the solemn sentencing from which mankind can seek no reprieve nor call out any final warnings to the living—or is it? Independence’s array of hallowed haunts may convince you otherwise. From grisly acts to fateful accidents, the origin stories for haunted places in Independence are varied and often unsettling. What they all have in common is they’ve led to intriguing, spine-chilling stories that attract visitors from all over to investigate these claims for themselves. Keep reading to uncover the chilling chronicles of the Vaile Mansion, Bingham-Waggoner Estate, and 1859 Jail, Marshal’s Home & Museum.

It was supposed to be a dream home, but then it turned into a living nightmare for many.

Built in 1881 and referred to the following year as “the most princely house and most comfortable home in the entire west” by the Kansas City Times, the Vaile Mansion combines Victorian charm with Gothic details, coming together in an architectural feat that’s stunning even by today’s standards. Owners Harvey and Sophia Vaile lived in their 31-room home for only two years before Sophia’s untimely death in February 1883. While some believe she died of an accidental overdose of Morphine to combat the pain of stomach cancer, others—including the coroner—determined it was suicide. 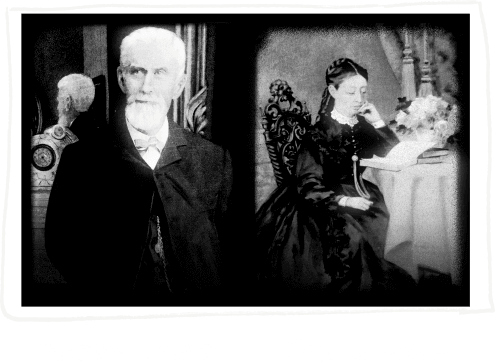 The house went on to serve as a sanatorium beginning in 1911, housing patients with mental illnesses and narcotic addictions until it was converted into the Cable Nursing Home in the 1950s. 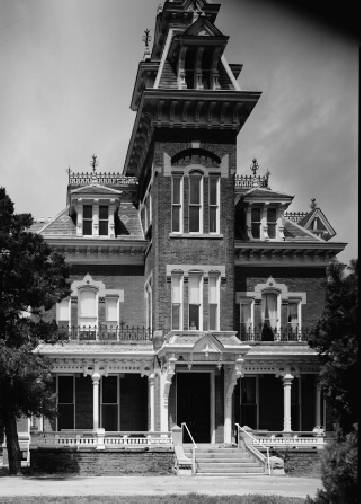 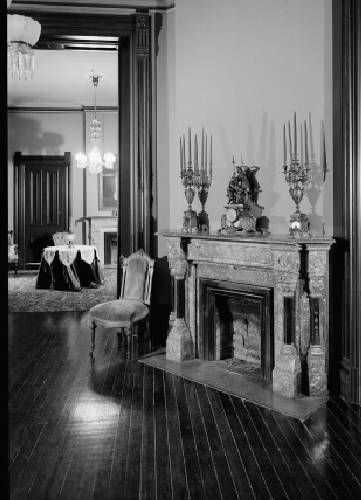 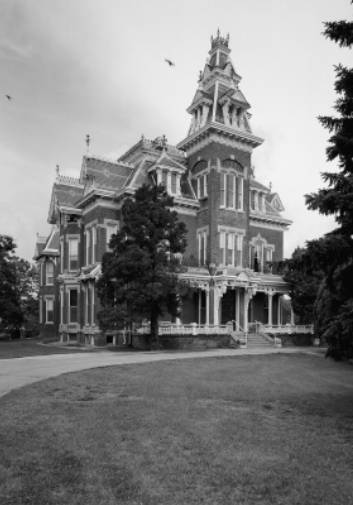 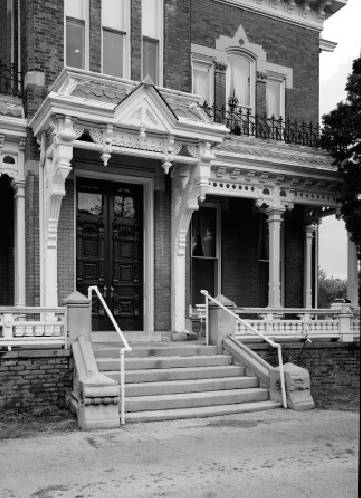 "Miss Caroll and Doctor Elliott will convert the place into a sanatorium for the treatment of nervous diseases..."

Apex Paranormal, a local paranormal investigation group, has explored the Vaile Mansion many times and researched its past extensively. The team found that at least three people died on the property as the result of a lobotomy during its time as a sanatorium, when patients with the most severe illnesses were housed on the third floor. Founder Elijah Buchholz says he feels that he finds another piece of the puzzle each time he visits, slowly forming a full picture of the spirits that inhabit the home. 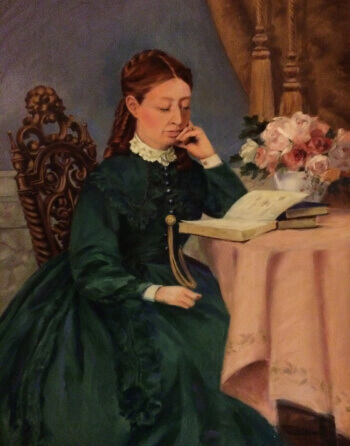 During Apex Paranormal’s first walk-through with one of the volunteers who works at the mansion, investigator and research specialist Shannon Johnson says she encountered a spirit in Sophia’s room. Using a spirit box—a commonly used tool for paranormal investigations that scans radio frequencies and is said to transmit messages from the other side—Johnson and the volunteer began asking questions to see if Sophia’s spirit happened to be in the room. Johnson says that they both heard a female voice say yes in response. They went on to ask if her overdose was intentional or accidental, and they heard the same voice respond that it was an accident.

In Sophia’s room, Johnson also recalls a teddy bear moving on its own and the sound of children’s laughter coming through the spirit box.

Chance an encounter with these spirits and see the elegance of this historic home during a tour of the property.

Click here to book a private investigation at the Vaile Mansion.

Plotted in 1827 on the historic Santa Fe Trail, the Bingham-Waggoner Estate is a must-see example of 19th-century architecture. Deep imprints of wagon wheels on the grounds of the estate tell the story of countless pioneers who embarked on their westward journey here.

One of the most notable residents of the estate was Civil War artist and local politician George Caleb Bingham. Today, reproductions of Bingham’s artwork decorate the meticulously restored home, along with original furnishings.

The Waggoner family, owners of a local flour mill, purchased the home in 1879. Generations of Waggoners continued to call the estate home until 1978. The following year, a group of locals worked with the City of Independence to preserve the 19.5-acre property and convert it into a museum and park. 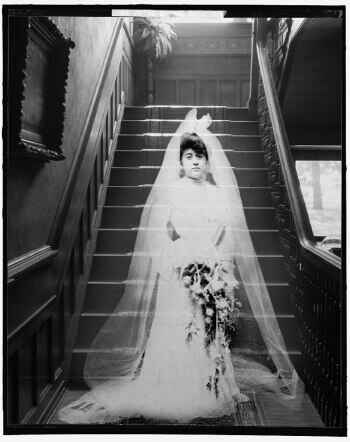 Legend has it that a bride fell down the stairs of the Bingham-Waggoner Estate on her wedding day. Margie Kay’s book Haunted Independence details her experience seeing a motionless, transparent woman in a bridal gown lying on the landing at the bottom of the staircase. Johnson from Apex Paranormal has also heard the sound of a female voice yelling, which could be attributed to the ghost bride.

Get a chance to meet the bride and wander the immaculate grounds on a Bingham-Waggoner Estate tour.

Some inmates were sentenced for life... others stayed even longer.

Constructed in 1859, this Jackson County jail included 12 cells that held military and civilian inmates until its decommissioning in 1933. The on-site home for the marshal stands in front of the property. During its time as a jail, only one kerosene lamp provided light for all the inmates. Each 6-by-9-foot cell featured an open window with iron bars, allowing outside air into the building. This design led to an unknown number of inmate deaths due to exposure. Though each cell typically housed three inmates, up to 20 prisoners were crammed into a single cell during the Civil War.

For the past 60-plus years, the jail has served as a museum on Historic Independence Square. 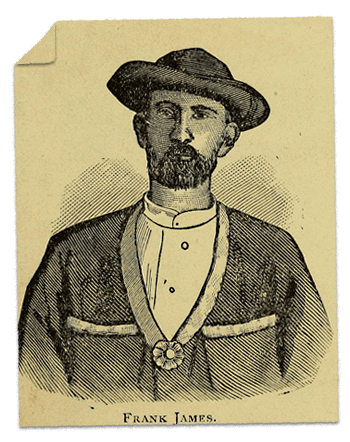 Inmates at the 1859 Jail included Confederate leader William Clark Quantrill and outlaw Jesse James’ older brother, Frank James, whose preserved cell can be explored on a tour of the property. Other former residents included those who were convicted of acts such as public horse racing, shooting guns in town, assault and battery, and disturbing the peace.

Apex Paranormal reports that visitors have claimed to feel nauseated and cold in certain areas of the jail, in addition to hearing inexplicable male voices, growling, and footsteps. Some have also seen apparitions of blue-suited Sheriff Henry Bugler, who was shot and killed at the jail by armed men who demanded the release of prisoners, including two members of Quantrill’s guerilla army.

Walk through the cell blocks where prisoners were held on a public or private tour of the 1859 Jail, Marshal's Home & Museum.

Please note: The 1859 Jail, Marshal's Home & Museum is closed for the remainder of 2020. Check back in 2021 to schedule your paranormal tour.

You’ve read their stories and learned the origins of their haunted homes and final resting places. Now, come to Independence to meet the spirits for yourself.

Meet the ghosts at haunted places in Independence, MO