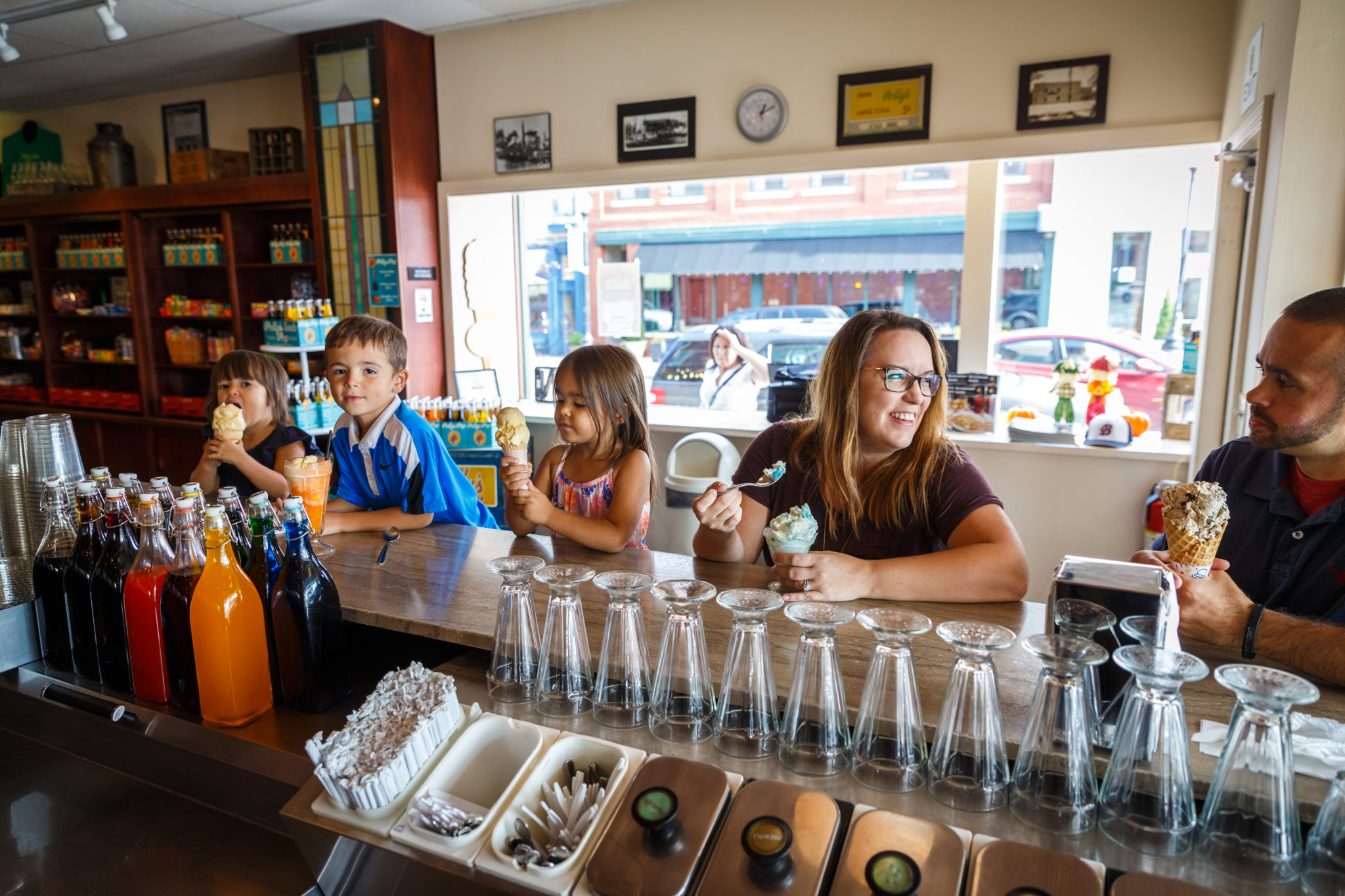 We’re just a bounce pass away from Kansas City.

March means college basketball, and we’re lucky enough in Kansas City to see two major tournaments roll through in 2019 — the Big XII Men’s Basketball Championship (March 13-16) and the regional rounds of the NCAA Division I men’s basketball tournament (March 29 & 31). In the spirit of the madness, here are five buzzer beating attractions to experience in Independence.

The Harry S. Truman Library and Museum is the presidential library and final resting place of Harry S. Truman, the 33rd President of the United States. Explore all of the fascinating aspects of Truman’s life and presidency through a series of permanent and temporary exhibits. The Truman Library was the first presidential library constructed in the United States, and, today, it’s often cited as one of the best. See it today, before the Truman Library closes later this year for a major renovation.

Anchored in the center by the Truman Courthouse, historic Independence Square is filled with shopping, dining and entertainment opportunities. Long ago, the Square was the starting point for thousands of pioneers preparing to make the journey into an untamed American West on the Oregon, California or Santa Fe trails. Today, the Square is a popular hub for local shopping, dining and entertainment. Day trip or date night, the Independence Square is sure to score you points.

3. Community of Christ Temple and Auditorium

Community of Christ invites all to visit the Temple and Auditorium, which house the denomination’s International Headquarters. In the Temple, visitors can follow the Worshiper’s Path, filled with symbolic artwork, or the 1,600-seat Temple Sanctuary, featuring a spiral ceiling rising 195 feet and the 102-rank, 5,685-pipe organ. The Auditorium features a 5,800-seat chamber with an expansive domed ceiling rising 90 feet. The chamber features one of the largest free-standing organs in the U.S.

If you haven’t had your fill of athletic competition, there’s hockey in Harry’s hometown. The Kansas City Mavericks are the proud ECHL affiliate of the NHL’s Calgary Flames and AHL’s Stockton Heat. The team is in their 10th season as a hockey franchise serving the greater Kansas City metro. They stand as KC’s only professional hockey team and remain dedicated to furthering the values and skills of hockey players and fans throughout the metro.

The National Frontier Trails Museum is the only museum in the nation devoted to the three great western routes: the Santa Fe, Oregon and California trails. Also known as the Queen City of the Trails, Independence served as the principal “jumping off” point for all three trails. The Frontier Trails Museum highlights the unique features of each trail and their dramatic impact on American history.