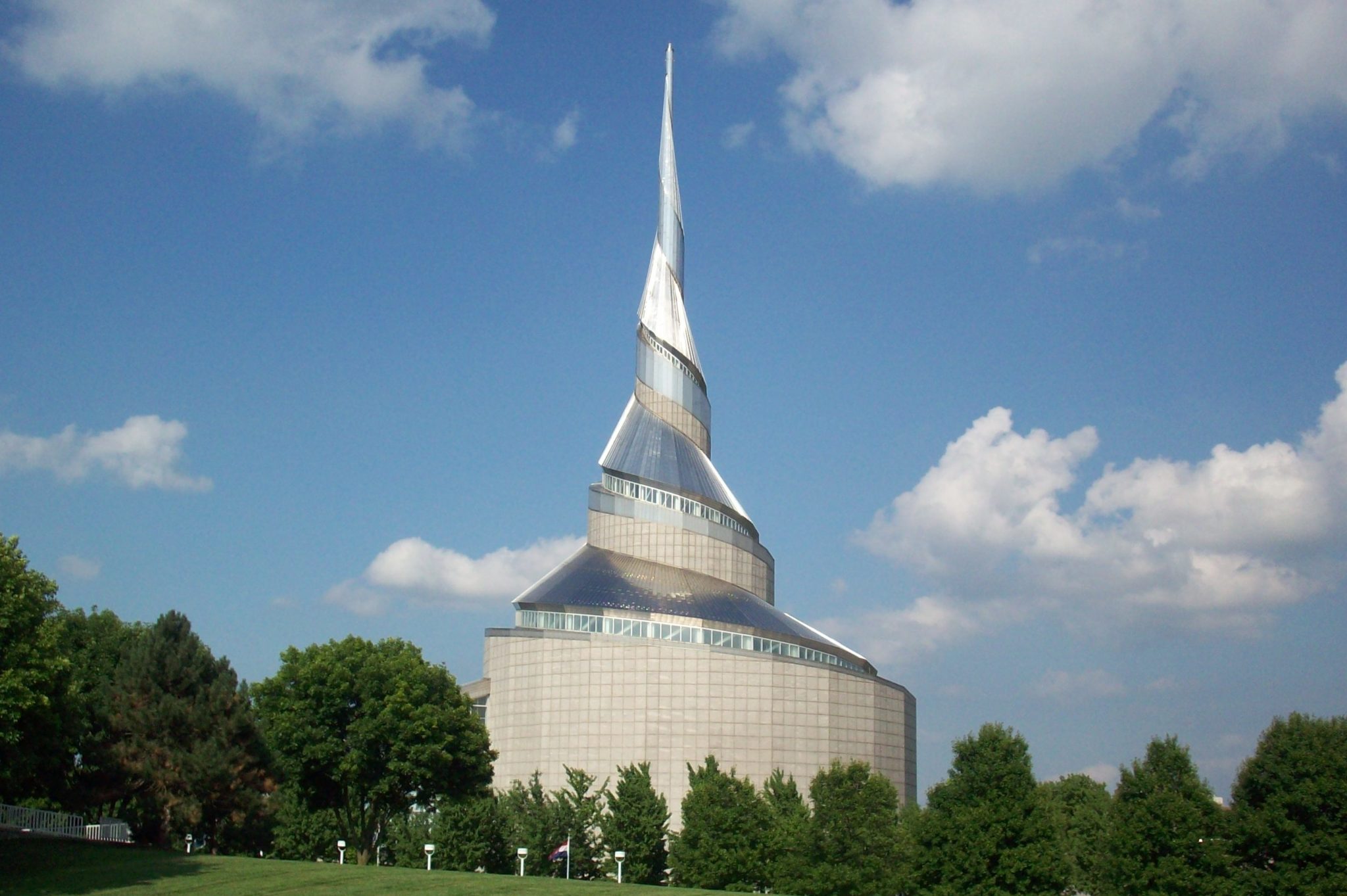 Bonus Fact about Independence, Missouri: The Community of Christ Temple near the historic Independence Square reaches 300 feet into the sky.

Independence, Missouri, is well known as the hometown of former U.S. President Harry S. Truman and as the starting point for the Oregon Trail. But there’s a lot you may not know about this especially historic American town.

Check out these eight surprising facts about Independence, Missouri.

Since 1978, Independence has been linked as a Sister City to Higashimuryama, Japan. We celebrate the long-standing relationship annually at the local Cherry Blossom Festival, which is now known as the Uptown Matsuri.

(The road that passes City Hall in Independence is named Higashimurayama, and, in 2013, Higashimuryama named a street after Independence.)

When Frank James passed way in 1915, he ordered his ashes to be kept in a bank vault until his wife also passed away. The couple is buried together in a small cemetery on the north end of Hill Park in Independence.

In the 1800s, Independence found itself at the very eastern end of an important trade route, called the Santa Fe Trail. Soon, the Oregon Trail and California Trail branched off from the Santa Fe, and tens of thousands of pioneers came to Independence to outfit themselves for a journey west.

The First and Second Battles of Independence took place in 1862 and 1864. The battles took place on and around the Independence Square. As many as 900 soldiers were killed. Recently, a local tree service recovered a cannonball outside a home near the Square.

(You can check out our local Civil War Driving Tour here.)

Contrary to popular belief, the “Truman Home” was actually built by Harry Truman’s wife’s family. When Truman moved in after his marriage to Bess Wallace in 1919, he lived with his wife, plus his grandmother-in-law, mother-in-law and brother-in-law.

The Midwest Genealogy Center is one of the United States’ preeminent resources for family history. The 52,000 square foot facility provides access to almost three-quarters of a million on-site materials.

Do you know any other interesting Independence, Missouri, facts? Send us a line on Facebook, and let us know.